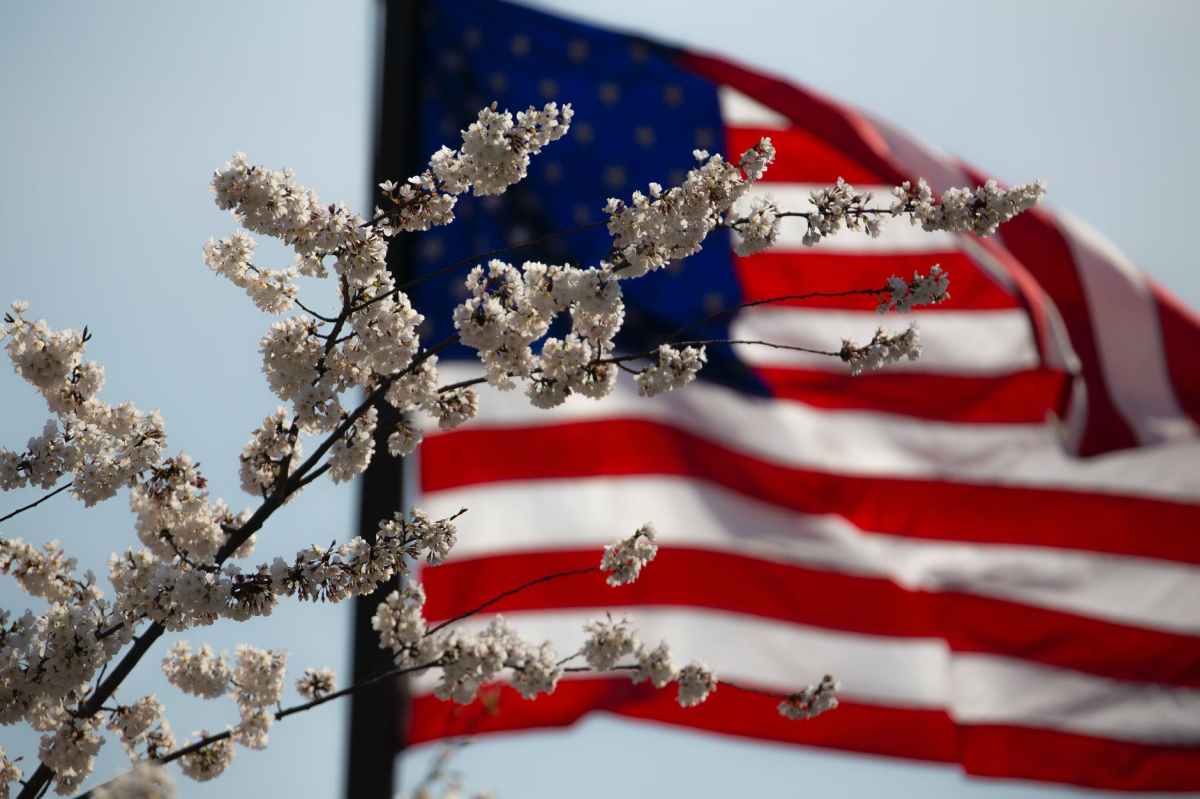 The election of Joseph R. Biden, Jr., as the 46th President of the United States creates an important opportunity to change American politics and the transatlantic relationship. In his acceptance speech to the nation, the President-Elect argued that ‘the refusal of Democrats and Republicans to cooperate with one another is … a decision. It’s a choice we make. And if we decide not to cooperate, we can also decide to cooperate.’

Making that choice to cooperate will not be easy for either side. The differences between the constituencies that the two major U.S. political parties represent are structural. Bringing them together will involve important concessions. Moreover, those concessions will not be equal because the differences across American society are not evenly balanced. Worse, trust is lacking — which means no one is eager to make the first concession. Biden may lead, but neither Democrats nor Republicans are likely to follow without a clear vision of where they should be headed and a strong incentive to go there.

The case for a structural division between Democrats and Republicans can be found in the electoral results. Consider what happened in the state of Ohio — which is a bell-weather in American presidential elections. Biden carried all six of the counties where the number of votes exceeded 190 thousand; he took the two largest with margins of over 30 percentage points. Biden’s opponent, incumbent President Donald J. Trump, won eighty-two of the eighty-three remaining counties. Often Trump carried those smaller counties with margins greater than 30 percentage points and sometimes within margins over 60 percentages points. As a result, Trump managed to win Ohio even though he lost the presidency. (The last time Ohioans failed to support the winning presidential candidate was when Richard Nixon lost to John F. Kennedy in 1960).

This pattern of support is replicated across the country. Of course, Democrats pick up some votes in rural communities, just as Republicans pick up votes in more densely populated urban areas. The battleground between the two parties is the suburban space, which is where most Americans live. These suburban areas reflect both urban and rural characteristics, and they tend to receive groups that are either leaving the city or moving in from the countryside. In that sense, the suburban areas reflect a mixture of perspectives. But the geographic focus of the two parties remains distinctive. Pew surveys show that an overwhelming majority of Republican or Republican-leaning voters living in suburban areas claim to share rural values; Democratic voters in the suburbs are more likely to share urban values. And that geographic association correlates with other characteristics as well.

According to the Census Bureau, the rural communities in the Midwest and Great Plains regions – which are Republican strongholds – tend to have lower median household incomes, lower educational achievement, and a higher incidence of households with married couples from opposite sexes. These rural areas tend to be more ethnically homogenous – and white – than urban spaces. And data from the Pew Foundation suggests that many of these rural communities have strong ties to the evangelical Christian churches, particularly in the more southern states. It is unsurprising, therefore, that exit polls show that demographic groups displaying these characteristics voted in large percentages for the incumbent president.

By contrast, the vote for Biden and for down-ballot Democratic candidates comes from different groups. They are more urban, they tend to straddle the household income spectrum, catching both the very poor and the upper middle class, many have advanced educational degrees, they come from mixed households, and they represent an ethnically more diverse group of people. Many Democratic voters are religious, and many belong to evangelical churches, but they are unlikely to participate in the major southern evangelical communities.

This difference between Republican and Democratic America is well known, but the implications are often misunderstood. The mistake is to assume that what motivates these groups is an underlying vision of America’s racial composition. That vision is distinctive, and both Democrats and Republicans imagine different communities. Moreover, it is easy to find evidence of racism in America and the that the United States is home to a dangerous white-supremacy movement. The fact that white supremacists vote Republican, and that Trump often courts white supremacists as members of his electoral base, is also well established.

Race is a defining issue in American politics, but it is also an issue that most Americans agree needs to be addressed. In June 2020, for example, 60 percent of Americans supported the Black Lives Matter Movement, including 37 percent of those who self-identified as Republican or Republican-leaning voters. That support melted over the summer and under the intense politicization of the protests that surrounded police treatment of Black Americans. But the support did not go away because Americans suddenly remembered they are racist; that support dissipated because Republicans and Democrats have very different perceptions of the American state.

Democrats believe that the state plays an important role in building ‘a more perfect union’ in American society. That search for perfection is what it means to be a ‘progressive’ in American politics, and it is grounded in a grudging acceptance of the indispensable nature of public services. In many respects, this is a very urban view of how society is organized. Community life revolves around schools and hospitals, it depends heavily on street cleaning, garbage collection, and water treatment, and it cannot escape the trade-off between public transport and traffic congestion. American progressives are not socialist in any sense that their European counterparts might recognize, but they are acutely aware of the cost that private provision of public services imposes on ordinary households and so they have gradually embraced the view that such services should be paid for through taxes.

The African American or Black community within the Democratic party takes this view of the important role of the state even further to include the protection of minority rights. For Black Americans, the state is the only entity powerful enough to push back against a particularly virulent form of institutionalized racism that stretches back to the introduction of slavery on the American continent. The 1619 project organized around the New York Times Magazine makes a powerful argument for how destructive this kind of institutionalized racism is for the whole of American society. That argument is not about the benevolent role of the state; on the contrary, it is a powerful indictment of state failure, bordering on malevolence. But it is also an argument for redemption. The state can be redeemed through political activism, and American society can be rescued from the institutional legacies of slavery by state intervention.

This vision of the interventionist state is not socialist either. On the contrary, it protects an American expression of social equality that long pre-dates the modern socialist movement. Moreover, it is well-grounded in American experience. As Oxford political scientist Desmond King has shown, state intervention has been critical to American success in building on the modern civil rights movement; where that state intervention has been withdrawn, whatever progress made in promoting social equality has gone into reverse. Black Americans do not have to love the state to recognize its importance in such a context.

Perceptions of the state are very different among Republican voters. In large measure, this difference stems from lived experience, particularly in rural communities. The state provides schools and hospitals, but they are farther between and fewer in number. Other public services are also less obvious and public transport is virtually non-existent. Moreover, the state has withdrawn from rural life increasingly over the past four decades in response to changing demographics and constrained public finances. The myth of rural self-reliance is the flip side of state abandonment: The distinction between the plucky myth and the brutal reality was exposed in many rural communities by the opioid crisis. Republican voters know they will have to fend for themselves.

The church is often a more reliable source of public services for these Americans; it is also a focus for community. Churches run schools, hospitals, day care facilities and summer camps. They also provide a framework for social life. And while religious attendance is declining in America, the share of the population that remains attached to religious institutions is well over two-thirds. For them, the state is not indispensable. They have alternatives and many of those alternatives are superior to anything the state has to offer in terms of the social advantages that come from belonging.

It should not be surprising that Americans who get their public services privately are less willing to pay taxes to the state. Where these Americans constitute the majority, they do not need to rely on the state intervention to protect their civil liberties either. On the contrary, one of their most important freedoms – the freedom of worship – is defined by the absence of state intervention. Other important freedoms, like speech, assembly, or the right to bear arms, come from the absence of state involvement as well. Hence progress for these Americans comes not from strengthening the state to strengthen society, it comes from weaning society from any dependence upon the state. If anything, an interventionist state constitutes a threat to social progress.

The Democrat and Republican visions of the state are incompatible. Urban Americans cannot imagine a world without state institutions, and they can imagine a world where better public institutions improve their quality of life. Rural Americans have little trust that the state will help them build better communities and so imagine a society that emerges around other institutions and without state interference. Because these visions are grounded in the lived experience attached to different geographic realities, they are also irreconcilable. Urban communities could never survive without the state; rural communities could never support urban-style public services without financial assistance; and, neither part of America is willing to fund the other.

Moreover, choice is not the solution. Indeed, it may be another source of the problem. This is where the suburban battleground between Democrats and Republicans becomes important. Suburban Americans are spoiled for choice, having access to services that are both state-provided and privately funded. But even that choice creates its own forms of tension over the necessary and appropriate role of the state. In economic terms, Americans who pay for their own schools, health care, and the like do not want to pay taxes; Americans who rely on public services do not want to make exceptions that end up subsidizing competing private organizations. In social terms, non-white Americans have to fight to get their kids into high quality institutions and they need the state to support them; meanwhile, white Americans resist any efforts to restrict their freedom of association – even when the exercise of that freedom reflects the patterns of institutionalized racism.

President Biden is right that America is divided by choice. He is also right that Americans will have to choose to overcome that division. But choice is only the first step in the process. America is structurally divided as well. Moreover, that division encompasses both the role of the state and the nature of social progress. President Biden cannot reconcile these competing visions of America. He will have to replace them with something more compelling or else he is less likely to lead than to find himself standing alone.

This piece was originally published in English by Encompass Europe and is scheduled to be published in Italian by Il Regno.