As we look ahead to the culmination of Britain’s efforts to leave the European Union, it is also worth looking back on the process that brought us to this moment.  This collection offers a series of short essays that were written as events unfolded alongside a clutch of articles that try to put Britain’s departure from the European Union in a wider theoretical and historical context.

END_OF_DOCUMENT_TOKEN_TO_BE_REPLACED

Extending the Brexit process would create difficulties for the rest of Europe that have not received sufficient attention. The EU might seek to resolve these difficulties in ways that create further problems for the UK.

END_OF_DOCUMENT_TOKEN_TO_BE_REPLACED

The debate about whether Britain should remain a member of the European Union has taken place within a number of different rhetorical frames. Of these, ‘taking back control’ has been the most powerful. Anyone could understand what was at stake and take a position in the debate. As the debate about membership became a process of leaving, however, ‘taking back control’ became more confusing as a frame for the conversation. Over the past two years it has been hard to determine who is taking back control, how much control can be repatriated, and how much – under any circumstances – the British people will remain constrained and perhaps even powerless to shape their own destiny.

END_OF_DOCUMENT_TOKEN_TO_BE_REPLACED 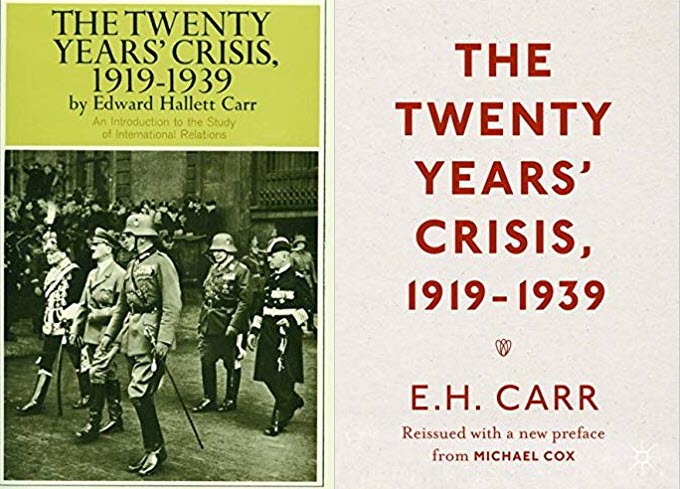 On 4 December 2018, United States (U.S.) Secretary of State Michael R. Pompeo gave a speech at the German Marshall Fund in Brussels about ‘restoring the role of the nation-state in the liberal international order.’ At the core of that speech, he posed a fundamental challenge to world order: ‘Every nation – every nation – must honestly acknowledge its responsibilities to its citizens and ask if the current international order serves the good of its people as well as it could. And if not, we must ask how we can right it.’ He insisted that: ‘nothing can replace the nation-state as the guarantor of democratic freedoms and national interests.’ And he went on to explain: ‘Our mission is to reassert our sovereignty, reform the liberal international order, and we want our friends to help us and to exert their sovereignty as well. We aspire to make the international order serve our citizens – not to control them.’ In the language of the most recent U.S. national security strategy, this perspective on world affairs is characterized as ‘principled realism’. Pompeo describes it more simply as ‘common sense’. While Pompeo is right that his view is common, he is wrong to believe in its realism or even that it makes sense.