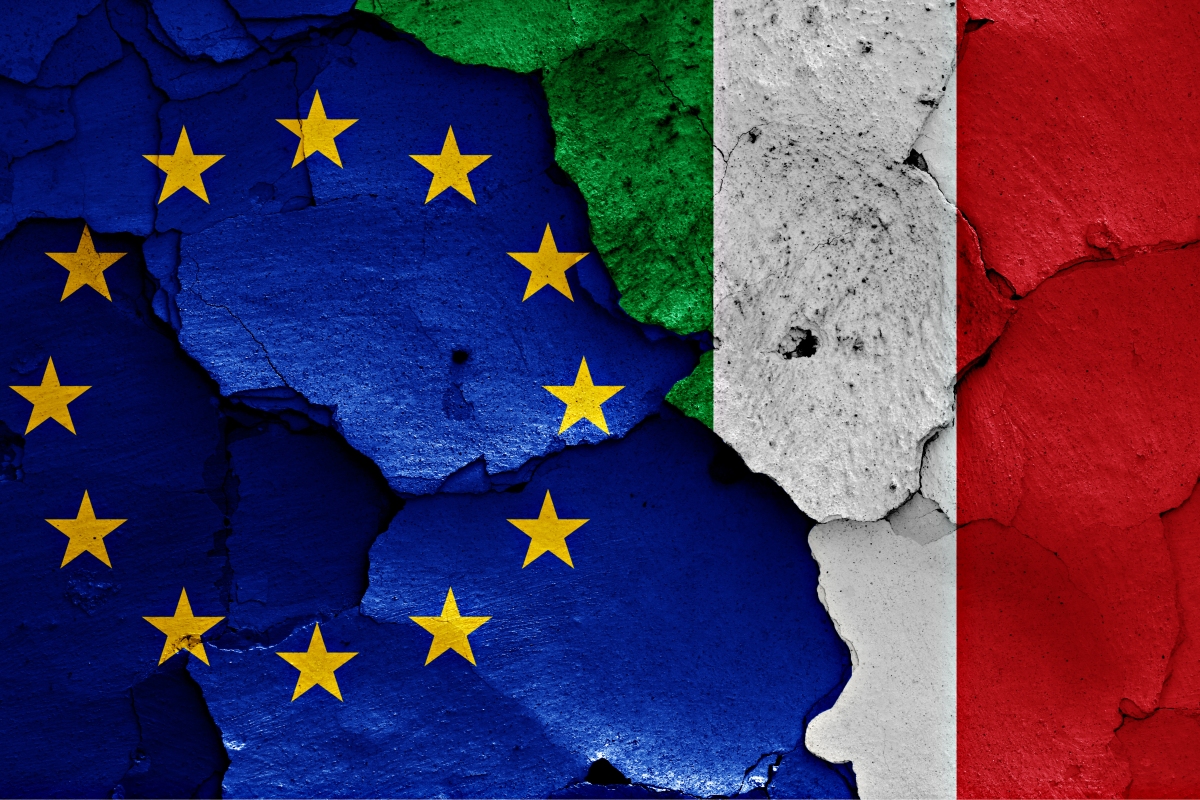 When Italy’s voters went to the polls on 4 March, roughly 32.5 percent voted for the Five Star Movement (M5S) and another 17.5 percent voted for the Lega. If we add in the 4.5 percent who voted for the Brothers of Italy, well more than half of the electorate supported openly Euroskeptical movements whose leaders have flirted with the idea of leaving the euro. ‘Europe’ did not play a prominent role in the public debate during the run-up to the elections; according to pre-election polling done by SWG – one of the major national public opinion polling firms – cutting taxes and throwing out the ‘ruling class’ were more important. But the two big winners from the contest strongly advocated policies like rolling back pension reforms (Lega) or introducing a basic minimum income (M5S) that would quickly bring Italy into conflict with the European Commission over fiscal consolidation. Moreover, any future Italian government will have to draw support from one or both of these parliamentary groups. The question is what this means for relations between Italy and Europe.

The answer starts with the general mood that predominated even before the elections. For a long time, Italians having been showing signs of losing confidence in European integration. Flash Eurobarometer polling done in October and November of last year revealed that only 45 percent of Italians thought participation in the euro is good for their country; that is an improvement over previous polling results, but it is worse than any of euro area country apart from Latvia. Standard Eurobarometer polling done later last Autumn showed only 34 percent of Italians trust European institutions, 64 percent believe their voices do not count, and 43 percent do not feel like they are European citizens. Such attitudes did not push Italians to vote for M5S or Lega, but they did make it easier for those parties to express anti-European sentiments.

Against this backdrop, Italians have three major concerns: economic growth is accelerating but not fast enough to restore savings depleted or to make up for income lost during the long recession, particularly in the South of Italy where unemployment is highest; migration into Italy has slowed but not before large stocks of migrants from Sub-Saharan Africa made it into the country who have yet to be processed, returned, or integrated into society; and Italy’s banks have finally started to emerge from their own crisis, but only after significant bank failures threatened to wipe out the household savings of concentrated parts of the country. These are the complaints that have taken support from the governing Democratic Party (PD), even in its own heartland. According to SWG, almost 10 percent of the increase in support for the M5S relative to that party’s performance in 2013 came from the PD; roughly 17 percent of the votes lost by the PD since its peak support in the 2014 elections for the European Parliament went to the M5S.

The problem is that the PD and, to a lesser extent, Silvio Berlusconi’s Forza Italia, are the two main political parties that the rest of Europe finds trustworthy. Moreover, solving Italy’s problems related to slow growth, migration, and banking depends heavily on cooperation between Italy, the European institutions, and other member states. If Europe is to provide a supportive environment for Italy’s fiscal consolidation and market-structural reforms, other Europeans have to have confidence that Italian politicians will undertake the changes necessary to promote a sustained recovery. If Europe is to help Italy deal with the large stock of migrants already in the country, other Europeans have to believe that Italian politicians will do what is necessary to maintain Italy’s borders and process new arrivals efficiently. And if Europe is to build insurance mechanisms to help underpin the stability of Italy’s banks, other Europeans have to be confident that Italian politicians will make sure both regulators and bankers pare down the level of risk in the financial system.

The alternative is for European institutions to apply strict conditionality, making specific actions prerequisite for any assistance. This carrot-and-stick approach entails sending representatives of the European Commission to cajole Italian lawmakers into raising taxes and cutting spending or liberalizing market institutions. It implies difficult discussions about migration policy in the Council of the European Union and repeated threats by neighbouring countries to strengthen their borders and so bottle up migrants in Italy. And it means more assertive actions by the European Central Bank as the single supervisory mechanism for financial institutions in forcing the banks to clean up their balance sheets and set aside greater resources against future risks. These things are all already familiar to Italians and they played negatively in the media even with the most cooperative of Italian governments. Such measures will create greater friction if European voices are more insistent and demanding while Italian politicians are already inclined to criticize Europe and to seek a different set of solutions for the problems they face.

Unfortunately, Italy and Europe seem headed for confrontation. The 4 March elections could not have come at a worse time. The next government will have to rein in spending even further if it is to avoid an automatic rise in value added tax rates next autumn. It will have to work hard to shore up the deal with Libya that controls the flow of migrants while at the same time find ways to absorb and integrate existing stocks. And it will have to contribute to European discussions about macroeconomic governance reform and the completion of Europe’s banking union while at the same time ensuring that the banks shed exposure to non-performing assets and perhaps also Italian sovereign debt. Neither of the two big winners from the 4 March elections seem inclined to undertake these measures with any urgency; given the prospect of European elections and a new European Commission, the rest of Europe seems disinclined to wait.

At a minimum, tension between Italy and the rest of Europe seems set to increase. In the worst-case scenario, other European political leaders will lose patience with the slow pace of Italian politics and policymaking. Any resulting conflict is unlikely to improve Italian perceptions of the advantages of European integration. On the contrary, such conflict is more likely to fuel anti-European arguments by politicians in the Lega and in M5S. Such politicians find it easy to cast European conditionality as more problem than solution. In doing so, they resonate with the already dark mood of the population. Relations between Italy and the rest of Europe are set to become more complicated as a result.

This piece was originally written for publication on the website of the ‘Official Monetary and Financial Institutions Forum‘ (OMFIF).  The editors at OMFIF have done a terrific job tightening and clarifying the argument.  You can find that edited version here.  The image is from Shutterstock.