The euro area lacks a framework for sovereign debt restructuring and it lacks a common risk-free asset. Both issues are important in looking ahead to the prospect of any future crisis. Of the two, however, the creation of some kind of sovereign debt restructuring mechanism appears to attract the most political attention. This briefing note outlines the issues that would need to be addressed to bring greater stability to the euro area.

END_OF_DOCUMENT_TOKEN_TO_BE_REPLACED 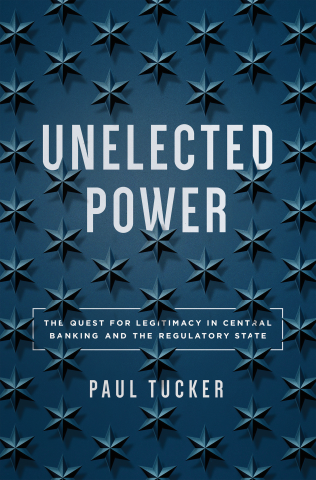 As U.S. President Donald Trump starts asking about whether he can fire the Chairman of the Federal Reserve, it is time to start asking how strong the protections are for politically independent central banks.  The answers are alarming: Trump is not the only one challenging central bank independence; he is also not the most successful.  Indeed, the challeges are widespread and they have been growing for some time.  That is reason enough to pick up Paul Tucker’s book Unelected Power — which was recently named by Foreign Affairs as one of the top books published in 2018.  If you want a taster, my review of Tucker’s book from Survival is below.  The punchline is that while people are right to be concerned that Trump would violate the independence of the Fed, that does not mean either the Fed or any central bank should be left entirely to its own devices.

END_OF_DOCUMENT_TOKEN_TO_BE_REPLACED

The Aspen Institute Italia held its first-ever US-Italy dialog in Rome on 3 December 2018.  As part of that conversation, the director of Aspenia, Marta Dassù, asked me to make a few remarks on global trade.  Here are five quick thoughts.

END_OF_DOCUMENT_TOKEN_TO_BE_REPLACED

International political economy used to be about wealth and power.  Now the sources of influence and control are more subtle.  Governments choose to follow rules that are not enforced, they sign onto policies recommended to them by foreign nationals (or even ‘citizens of nowhere’), and they invite powerful non-state actors to assume control over crucial economic sectors, finance in particular.  Three recent books explain why this is so.

END_OF_DOCUMENT_TOKEN_TO_BE_REPLACED

The fast pace of change in Italian politics has left many observers outside the country struggling to catch up.  This collection offers a quick overview in bullet points with links to recent articles I have written in case you have interest in learning more.  I am going to list the material in reverse chronological order.  Most people want to know what is happening and then figure out why.  If you are one of those people who works the other way around, I advise you to follow the links from the bottom up.

END_OF_DOCUMENT_TOKEN_TO_BE_REPLACED

Steve Bannon came to Italy and was greeted with a full-page interview this Sunday (3 June) in the center-left daily newspaper, La Repubblica. The journalist, Antonello Guerrera, seemed determined to find Bannon’s influence behind the unlikely union of Matteo Salvini’s Lega and Luigi Di Maio’s Five Star Movement (M5S). Bannon would have none of it. Although he admitted to having spoken with both gentlemen and having had prior contact with the M5S, he insisted that the two groups came together because sharing the government between them was ‘the logical conclusion’. The two parties’ leaders were ‘heroes’ for having ‘overcome the concepts of left and right’. That was the only way to meet the demands of an electorate, the majority of which voted ‘against the establishment’. ‘Italians should be proud.’ Now Rome is ‘the center of world politics’. The question now is whether the lessons from Italy’s experience are at all in line with what Bannon expects.

END_OF_DOCUMENT_TOKEN_TO_BE_REPLACED

The turmoil that struck Italian sovereign debt and bank equity markets on Tuesday, 29 June, is a stark reminder that the potential for another crisis is real, even if not imminent.  Important parts of the firewall that separates banks from sovereigns remain incomplete – and central bankers remain vulnerable to political influence as a consequence.  Two recent books help illustrate why.  One, by former Cypriot Central Bank Governor and Leicester University Professor Panicos Demetriades, reveals the limits of central bank independence.  The other, by University of Denver Professor Rachel Epstein, explores the interaction between banks and markets.

END_OF_DOCUMENT_TOKEN_TO_BE_REPLACED

Yesterday I had the opportunity to have an exchange of emails with one of Italy’s leading financial journalists.  This is part of a longer conversation we have been having over the past few years about the state of European financial markets and the role of Italy within them.  The difference this time is that he published the exchange in gli Stati Generali, which is a project created to allow journalists to share stories or rely on formats that might not otherwise find their way into traditional media outlets.  Knowing the journalist, the Italian version of our exchange is much more articulate than the English-language original I am reproducing here.  The questions are in bold; my responses are in regular text.

END_OF_DOCUMENT_TOKEN_TO_BE_REPLACED

Europe’s heads of state or government have launched a new conversation about reforming the financial structures of the European Union in order to prevent another economic and financial crisis like the one that consumed the last decade.  They have a number of ambitious proposals on the table — to complete the European Banking Union, to strengthen the European Stability Mechanism, and to enhance political accountability at the European level.  Not all of these proposals are sure to be adopted, and progress is likely to be incremental.  The goal of ensuring financial market stability is nevertheless apparent.